You are here: Home1 / Testimonials

Why work with us?

If you would like to be another happy Mediacoop client, do not hesitate to contact us here!

Mediacoop have worked on a number of productions broadcast on Television Malta since 2006. During the time we have worked with Mediacoop, we have known them to be creative, professional, well-organised and timely in the delivery of their work. Based on this track record, I would highly recommend Mediacoop’s services to whoever would need them.

Mediacoop have been providing a variety of services, including media, promotion, and training services, to UHM for the past eight years. Throughout this time, our experiences of Mediacoop’s services were excellent. I can state that Mediacoop has provided us with a very professional service, were flexible to our specific needs, timely in their delivery, and very creative in their approach.

I do not hesitate to recommend Mediacoop for any work they might wish to pursue. 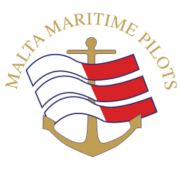 We have been working with Mediacoop for the past four years, and have made use of their services for Public Relations, promotion, as well as video productions. We have worked closely on a number of projects, including the production of a documentary on the work of the Malta Maritime Pilots, filming of a number of activities, the production of the series ‘Harbourlife’, and the promotion of our organisation’s cutting-edge training facilities to the international market. Mediacoop have also produced the promotional video for the European Maritime Pilots’ (EMPA) Conference being held in April 2013, and are currently involved in the organisation of the said conference.

Throughout this time, we have known Mediacoop and its staff to be extremely professional, creative and resourceful.

I am pleased to say that we have been working with Mediacoop for the past five years during which this cooperative has carried out various Public Relations and Promotional Tasks with very high standards of professionalism and technical expertise. To list but a few of the latest productions carried out for our Organisation, I can mention our magazine, “Koperattivi”, our interactive website and a highly successful series of television programmes “Flimkien Suċċess”.